To share your memory on the wall of Richard Williams, sign in using one of the following options:

Print
WILLIAMS, RICHARD (DICK) ALMOND
January 1st, 1943 – January 27th, 2021
Richard Williams, 78 ... Read More
WILLIAMS, RICHARD (DICK) ALMOND
January 1st, 1943 – January 27th, 2021
Richard Williams, 78 of Oshawa, Ontario, passed away peacefully with his family by his side on Wednesday, January 27th, 2021, after a courageous battle with cancer.
Born in East Green Harbour, Nova Scotia on January 1, 1943, to his mother Evelyn Williams. She later married Herman Roache, and had six more children; Audrey, Ellseworth, Muriel, Cyril, Verna and Merrill. After finishing high school in 1961 Richard moved from the small town of Lockeport, NS to Toronto where he met Helen, they engaged at Christmas in 1962 and later married in May of 1963. They had two children Debbie in 1967 and Lisa 1972.
Richard found employment with Becker’s Milk Co. and completed 33 years of service until its closing. He also drove for East End Taxi, shuttle service for Golden Mile Motor and Richmond Hill Pontiac Dealership. In retirement he volunteered at Oshawa Seniors Community Centres (OSCC) and had an auxiliary position with Parkview Place until his illness. All his life he was an extremely hard worker. He was the guy that everyone knew, could count on and loved his big friendly personality, which would include playing Santa Claus at various Christmas functions.
Richard loved all sports especially his beloved Toronto Blue Jays. He was thrilled to have attended the first game in 1977 at Exhibition Stadium. He also enjoyed coaching little league baseball for many years. He loved to sing, I think it all began at his sister Verna’s backyard BBQ Karaoke parties, where he got the nickname “Cheatin’ Heart”. In retirement he would spend spare time recording music on the website SingSnap. He later joined The Sing-Sations and the Originals, he really enjoyed performing live on stage with these singing groups.
Richard always made sure his family took a holiday every year whether it being a trip back home to Nova Scotia, renting cottages with his siblings and family in Northern Ontario and his most favourite holiday spot in Florida. Family time and vacations were everything to Richard.
He was predeceased by his mother Evelyn Roache (Williams), father Herman Roache, brother Merrill and sister Muriel, his brother-in-law Noel Williams and his son Richard Williams.
Richard is survived by his wife of 57 years Helen (Pyper) of Toronto, his daughters Debbie of Mississauga, Lisa of Peterborough and his three grandchildren Evan, Morgan and Jonah.
The family would like to extend a sincere gratitude for all support given by his care givers from ParaMed. Special thank you to his friends, residents, staff, and especially Roxanne at Parkview Place for all their love and support.
As per Richards wishes there will be no visitation or funeral service. A celebration of life will be held when COVID restrictions have been lifted.
Memorial donations may be made to the Canadian Cancer Society.
Read Less

To send flowers to the family or plant a tree in memory of Richard Almond Williams, please visit our Heartfelt Sympathies Store.

There are no events scheduled. You can still show your support by sending flowers directly to the family, or planting a memorial tree in memory of Richard Almond Williams.
Visit the Heartfelt Sympathies Store

We encourage you to share your most beloved memories of Richard here, so that the family and other loved ones can always see it. You can upload cherished photographs, or share your favorite stories, and can even comment on those shared by others.

Posted Jan 29, 2021 at 08:00am
Deb, Irene and Williams family, we were so sad to hear of your loss. Losing a parent leaves a whole that can never be filled. But, memories live forever and eventually the sadness is replaced by happy memories. Take care and stay safe.
Alice & Cheryl
Comment Share
Share via: 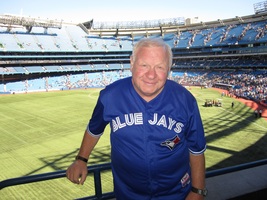 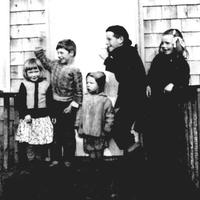 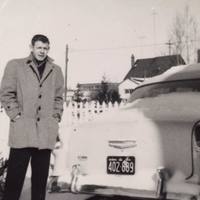