To share your memory on the wall of Robert Barrett, sign in using one of the following options:

A private family service will be held at the Bowmanville Cemetery on Tuesday October 27 2020 at 3 p.m. Following the service a drive pass will take place at 3:30 p.m. on Haines Street (south of King Street). Vehicles taking part in the drive by for condolences are not permitted to enter the cemetery.
If so desired donations can be made to either The Hospital for Sick Children, The Ronald McDonald House (Toronto) or The Salvation Army (Thunder Bay Journey to Life Centre).
Read Less

To send flowers to the family or plant a tree in memory of Robert Shawn Barrett, please visit our Heartfelt Sympathies Store.

There are no events scheduled. You can still show your support by sending flowers directly to the family, or planting a memorial tree in memory of Robert Shawn Barrett.
Visit the Heartfelt Sympathies Store

We encourage you to share your most beloved memories of Robert here, so that the family and other loved ones can always see it. You can upload cherished photographs, or share your favorite stories, and can even comment on those shared by others.

Tera Lynn Colville and Christopher Battams, Carol & Melinda and family, and other have sent flowers to the family of Robert Shawn Barrett.
Show you care by sending flowers

Posted Oct 27, 2020 at 10:10am
Rob, didn't know you as well as I would have like to, but every single time we were together we had a great time, rest in peace my friend.
Comment Share
Share via:
TC

Posted Oct 26, 2020 at 08:38pm
I was lucky enough to be a part of Rob's life for many years from 1987 when I moved to Prout Drive. He looked out for me.. many times like a big brother, and always included me like one of the guys. We shared many many memories growing up, trials and tribulations. Many trips, concerts from Ontario all the way to B.C. , I love the eulogy from the bottom of my heart ❤. He was definitely most at peace in the west coast and I will forever cherish being one of those friends that got to enjoy his company out there as well as many years in the B-Dot. Deepest condolences to the family. Rob you will be forever loved and missed for your one of a kind charisma peace out, Tera Lynn Colville 🙏 💔
Comment Share
Share via:
TB

Posted Oct 26, 2020 at 07:33pm
With loving memories of "Robert Barrett", Wishing the family peace, comfort and courage in facing the days ahead, We are thinking of you.

Posted Oct 24, 2020 at 11:15am
I've know Rob since 1987 back in our St. Stephens Elementary days. We bonded quickly over our love of sports. Whoever wrote that fantastic obituary was bang on! Saw him have plenty of run ins with teachers, but always came out smelling like roses somehow. Still hung out with him into our thirties. Always looking for a laugh and a good time. For those who grew up with him, you know what I mean when I say Rob was Rob, but had one of the best sense of humors I've ever known and definitely had a heart of gold. Gone way too soon. My sincerest condolences to his family.
Comment Share
Share via: 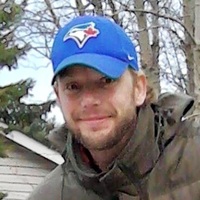 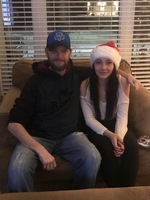 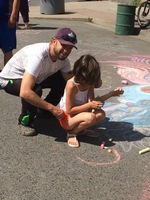 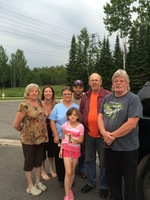