To share your memory on the wall of James McKeever, sign in using one of the following options:

Predeceased by his parents James and Josephine and h... Read More
RYLAN JAMES McKEEVER - On Friday, May 8, 2020 in his 80th year.

Predeceased by his parents James and Josephine and his little brother John.

Much beloved by younger brother Thoms (Sharron) of Oshawa, sisters Josephine (Dr. John Wilkins) of Winnipeg and Alma of Oshawa; he will also be missed by an assortment of nieces, nephews and Uncle Shelby of Bowmanville. To many others, James was affectionately known as “Daddy”.

Born on April 17th, 1941 in Widnes, Lancs but raised in Bolton, Lancs, James came with his family to Canada in 1953, when they settled in Oshawa.

James was an interesting man who had many interests: music, clothes, history, art, food, books, animals, politics. He was civic-minded - joining the Ont R’s, voting in every election, paying his taxes, involving himself in various causes, assisting with the several Boards of Directors Cathrine was on.

Avidly athletic, he earned a brown belt in judo before achieving 5th Dan black with Shoto Kan Dharma karate. He canoed Northern Ontario with the Beaver Bashers, hiked miles with the Oak Ridges Trail Association, snow-shoed with another mad-cap group, took Andrew on LRP’s with the College Hill Commandoes.

Above all else, James loved music. Aside from listening to just about everything, we managed bands, had a dance club, co-hosted a radio show, were brought to-gether by our mutual love for Jimmy Reed. Music was never “back-ground” - it was our life!

James was a decent, gentle man - deeply spiritual - who worked hard all his life and truly believed he would eventually join his SUBUD brothers in a better place.

Cathrine and Andrew thank the many staff at Bowmanville Memorial Hospital who made his final weeks as comfortable as possible. A firm believer in incineration, James will be cremated, with arrangements being handled by Morris Funeral Chapel, Bowmanville.

James was especially fond of donkeys since first seeing them on the beach at Blackpool as a lad; donations to the Donkey Sanctuary of Canada (near Guelph) would be appreciated by both man and beast.
https://www.thedonkeysanctuary.ca/
Read Less

To plant a memorial tree in honor of James McKeever, please visit our Heartfelt Sympathies Store.

There are no events scheduled. You can still show your support by sending flowers directly to the family, or planting a memorial tree in memory of James McKeever.
Plant a Tree

We encourage you to share your most beloved memories of James McKeever here, so that the family and other loved ones can always see it. You can upload cherished photographs, or share your favorite stories, and can even comment on those shared by others.

Posted Jun 10, 2020 at 06:03pm
Dear Catherine and Andrew, my family and I send our deepest condolences on the loss of James. He was always so pleasant to me and the rest of staff when Catherine and I worked together. He would greet us when picking up Catherine, who became such a dear friend to me and my family. I've known Andrew since he was a young child and we are so proud of the man he has become. You are both in my prayers during this very sad time.
With sincere sympathy, Pauline Creary and family
Comment Share
Share via:
C

Mrs. C.: I am so sorry it has taken me five days to respond to you, but they have been a rough five days! It really did start with your precious comments, which brought me to tears. Thank you for remembering Daddy so nicely and speaking so kindly of Andrew - who STILL has the plant from a cutting you gave him for his grade six science project. Thank you Pauline, Wes, Jeffrey, Michele and Stewie.
R

Posted May 27, 2020 at 12:44am
I am sorry to hear of James passing. I am a long ago friend from the Oxford St days. I was a pallbearer at young John's funeral. I remember how excited Jim was when he got his new Mustang. I think it was a 1965 in a burgundy colour.
Rest in peace Jim. I have no doubt that it is well earned.
My condolences to you Catherine, Andrew, Thom, Sharon and Alma.
Comment Share
Share via:
C

Hello Richard: So nice to hear from you, thank you for your thoughts. You are one of the many from years past whom we have not seen in years. Yes, you are right, it was a 1965 burgundy Mustang (which he called Bucephalus) -- James taught me how to drive in that baby.
CD

Posted May 21, 2020 at 04:43pm
Hello, very sorry to hear that you have lost this special person James. My condolences to Catherine and family. I will remember him as a very gentle soul who brought joy to my dear friend Catherine, for so many years.
Charmaine
Comment Share
Share via:
C

Charmaine: Thank you so much for your very touching words. Yes, he brought us a lifetime of joy; unfortunately, all he has left me with now is a rest of lifetime of sorrow. He always enjoyed hearing tales of OUR adventures. He found them fascinating, as did Andrew when he was old enough to understand what we got up to. I had a photo I was going to post, decided not to, then saw your message and knew I had to. Prepare yourself for a "BLAST FROM OUR PAST". Love as always, Cathrine
C

P. S. James has had this on his dresser since it was taken, which is why it is so discoloured.
RC

Posted May 21, 2020 at 03:28pm
Dear Mrs. McKeever, Catherine and Andrew:
I am deeply saddened to hear about your husband and dad. Having lost my father a few years ago I understand . I am now a retired teacher from St. Stephen's Elementary and St. Stephen's Catholic Secondary. I had the pleasure of teaching Andrew and met Mr. McKeever on a number of occasions. A very witty, lovely and insightful man. I'm sure many people will feel a great void in their hearts. You are in my thoughts and prayers at this very difficult time. Please accept my heartfelt and sincere condolences .
Rosa Cupido
Comment Share
Share via:
C

Rosa: Thank you for your kind words about both Andrew and his father. As you can see from the comments posted, Daddy is leaving a great big hole in many hearts. We welcome your prayers and your condolences. Cathrine
C

Posted May 21, 2020 at 11:12am
Please everyone who posted photos of Daddy, Rylan, James McKeever -- all the previous pictures seem to have been lost in the system. We loved looking at them, I could see him every night before I went to bed. I miss him and I miss them. PLEASE PLEASE PLEASE POST THEM AGAIN FOR ALL OF US TO SEE!!!!

UPDATE!!!! The photos have been restored!!!!! However, if you have any (or any more) please post them for all to see; I know what the ones we have are -- we would love to see others of our favourite person. Thank you, thank Memory Wall people and especially thank Doug & Harlie from Morris for helping us through this. 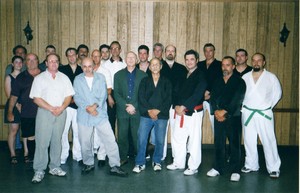 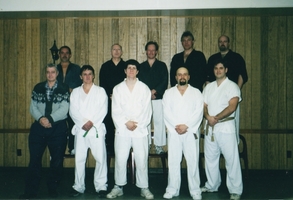