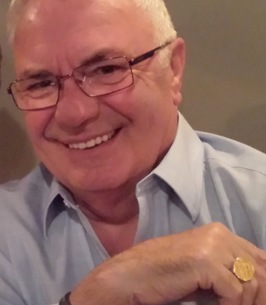 Print
LUISSER, Erich Josef – January 23, 1947 - October 20, 2018. Surrounded by his loving family, Erich passed away at home in Bowmanville in his 71st year. Erich was the eldest son of Josef and Maria Luisser, born and raised in Eberau, Austria. At the young age of eighteen, Erich married his beloved wife Maria in 1965, who he affectionately called “Mitzi”. In 1967, they packed their bags and set out on an adventure. Knowing no English, they moved to Canada eventually calling Bowmanville, Ontario home to settle and raise their family. Trained in Europe as a baker, Erich was a valued employee of Loblaws, where he managed various bakeries until retiring in 2007. Erich was known to be a sports enthusiast as he cheered his sons on from the sidelines and later his grandchildren, even often “offering” a cash reward for goals! Erich also loved his family pets, always making room for a dog in their home. But undoubtably, Erich’s biggest joy was his family, enjoying simple pleasures like family BBQ’s, pool parties, and holiday events. Erich often said to Maria, “we have a great life”.

Erich will be fondly remembered and missed by his wife Maria and their two sons Gary (Janet) and Rick (Tara). Erich was the best Opa ever to Samantha, Presley, Raegan, Brooke, and Brodie. Erich will be missed by family and friends in Austria including brothers Walter (Hilde), Engelbert (Liesel), Franz, and Ernst (Gitte). In lieu of flowers, donations can be made to your local cancer research centre.

To send flowers to the family of Erich Josef Luisser, please visit our Heartfelt Sympathies Store.

We encourage you to share any memorable photos or stories about Erich. All tributes placed on and purchased through this memorial website will remain on in perpetuity for future generations.

Rick sorry for your loss, sincere condolences to you and your entire family.
Nilesh Patel - Friday October 26, 2018 via Donation
To: CANADIAN CANCER SOCIETY - SOCIÉTÉ CANADIENNE DU CANCER
Share This:

Maria and family. We were all so sorry to learn of Erich's passing. He will always be remembered for his friendly smile and joking ways. A wonderful neighbour for over 25 years, we will certainly miss crossing his path as we walked the dogs. We send our heartfelt condolences, Marilyn, Maurice, Reza, Tish, Leila and Jami.
Marilyn Westbrook - Thursday October 25, 2018 via Donation
To: CANADIAN CANCER SOCIETY - SOCIÉTÉ CANADIENNE DU CANCER
Share This:

KB
Maria, Gary and Rick - we are thinking of all of you and your families during this difficult time. Erich will truly be missed by Sean, Mark, Shelly and myself. We don't have the words to express our shock and sadness.
Ken Bellamy - Wednesday October 24, 2018 via Condolence Message
Share This:

DS
We were saddened to hear of Erich’s passing. He was great to visit with and so friendly in the barbershop. Thinking of all your family and may the love of your family help each of you during this difficult time.
Dennis(Sully) and Emily Sullivan - Tuesday October 23, 2018 via Condolence Message
Share This: 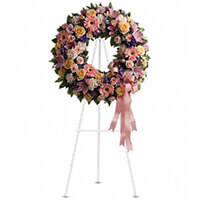 With the deepest love and sympathy from all of us in memory of "Onkel Erich" a best friend, great father and wonderful husband - Irene, Werner, Mike, Fred, Chris and Bernard.
The Etzinger Family - Tuesday October 23, 2018 via Heartfelt Sympathies
Share This:

With loving memories of Erich
The Doble Family - Tuesday October 23, 2018 via Heartfelt Sympathies
Share This:

AM
Rick, Tara and family - our deepest sympathies for you and your family. In losing my dad last year, we can fully appreciate how broken your heart feels. Hugs from your friends in Calgary.
Adam, Marnie, Noah & Maeve - Tuesday October 23, 2018 via Condolence Message
Share This:

Rick, Tara and family - Our deepest condolences for you and grieving the loss of Rick's father. In losing my dad a year ago, I can certainly appreciate how broken your heart feels.
Adam Duckett, Marnie McMillan, Noah and Maeve - Tuesday October 23, 2018 via Donation
To: CANADIAN CANCER SOCIETY - SOCIÉTÉ CANADIENNE DU CANCER
Share This:

Our sincerest condolences on your loss. Our thoughts and prayers are with you during this difficult time.
Your family at ServiceNow - Tuesday October 23, 2018 via Heartfelt Sympathies
Share This:
1 2 next page >>
Page 1 of 2
Share
×

Thank you for sharing!

Provide comfort for the family by sending flowers.

Or use your email:

Connect with families at their time of loss. By subscribing to email updates, you will receive two daily updates containing all new stories, photos, candle lightings, condolences, and more.